Disaster and the love of God

(Please note these are my own cultural observations. I do not dare to think that I have come anywhere close to fully understanding the depth and complexity of Japanese thinking and culture)

Japan is a land of natural disasters. Tsunamis, typhoons, mudslides, floods, earthquakes and volcanic eruptions attack without mercy just about every year and with little warning. 2018 was a particularly bad year, so much so, that the Kanji that was chosen to present the year was 災 (meaning disaster).

The western region of Japan has been struck with devastating floods, killing over a hundred people, displacing millions and causing widespread physical havoc. The major Hokkaido earthquake in September 2018 caused major damage and killed dozens. Disasters are not isolated incidents but occur regularly throughout Japan.

It seems that just after Japan recovers from one, another one strikes. They are people that know all about tragedy and hardship… 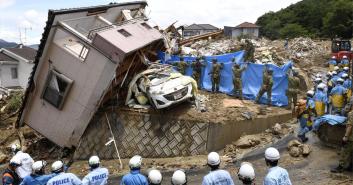 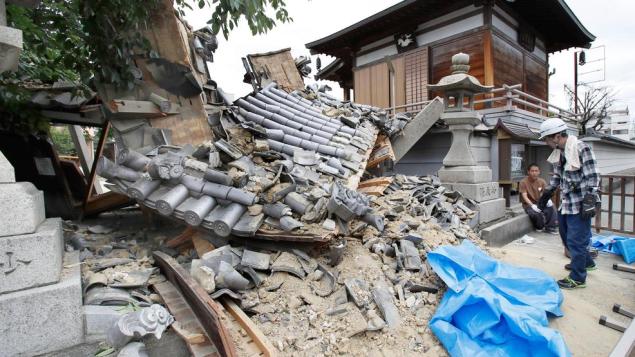 What amazes me is their ability to pick themselves up. Rebuild. Start again. Even when the situation is hopeless, where other countries and people might give up, the Japanese find a way to move on with resilience. I find this resilient spirit within the Japanese term: ganbattekudasai. In English countries, we typically say take care or take it easy as a farewell message. The Japanese commonly use ganbattekudasai which means don’t give up, stay strong, persevere. I think there is much that others can learn from the Japanese regarding their unyielding spirit to keep moving forward despite the hardship.

Another common word one hears in Japan is shouganai which means it can’t be helped. It is close to the English expression don’t cry over spilt milk. The Japanese know that nature can be dangerous, they know disaster can strike at any time. For centuries the Japanese have experienced such hardship, but they have come to realize something. It can’t be helped. In a sense, it is as Toyohiko Kagawa writes: “Their defence against these onslaughts lies in their philosophy of resignation”. They have no expectation of deliverance, they shrug their shoulders and resign to the fact that some things just won’t change so just make the best of it.

It is within this tension that the Japanese live their lives. Ganbatte and shouganai. Do your best, don’t give up, even when there is no guarantee of deliverance, even when nothing can be done, find a way to move forward. It amazes me that a country with little natural resources or farm-able land, prone to natural disasters, and torn up by past wars can still stand tall as one of the world superpowers. There sure is a lot that we can learn from the Japanese.

But how to think of this spiritually? I remember one morning where I was praying for the people affected by disasters. It just did not make sense. Why would a loving God allow people to suffer like this? How are the Japanese supposed to know the God of redemptive love if all they experience is hardship and loss? As I was praying, sin was creeping up in my heart. I found myself getting angry, I did not understand why. Why must the Japanese face hardship after hardship? But then God lovingly put truth in my mind as I prayed. I thought about the cross and the suffering of Jesus. I thought about the passage in Isaiah 53: “A man of sorrows and acquainted with grief”. Jesus came to endure the suffering caused by human sin. He drank the bitter cup of a Holy God’s judgement against sin. We do not live in a neutral and independent world. We live in a world that is directed by God and suffering is a megaphone that ought to draw us to Jesus who suffered so that we can have life everlasting. Suffering and our awareness of it should help us realize that something is wrong in the world. And the solution is found in the blood-stained saviour who died on a cross and then rose up in victory. Jesus died on the cross to save sinners, nothing says “I love you” more than that.

Oh, Japan, it is good to work hard and never give up, but it is better to remove your burdens and hardships, placing them on the shoulders of Jesus’ who can carry them for you. It is good to forget about things that can’t be helped, but it is not good to give up on hope. Jesus is that hope, He is coming again and will make all things new. His redemptive love is our hope in life and death.

May the words of Toyohiko Kagawa continue to ring true:

“O Japan! Eternal love keeps calling! Petulant Japan! Isolated Japan! Abandon your sulky mood and kneel before the God of infinite love. In your effort to rid yourself of sin and to sanctify your soul you, too, must go by the way of the cross. Christ opened a way of salvation even for Japan. Yes! Though the whole wide world forsakes her, Christ, the revealer of eternal love, will never cease to woo Japan until he wins”.

← Speeches!
Keep calm and mission on… →

2 Comments on “Disaster and the love of God”